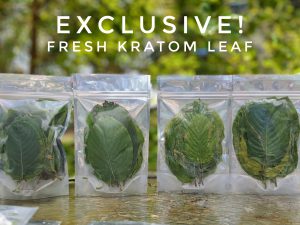 WHAT IS MITRAGYNA HIRSUTA?

Mitragyna hirsuta is a natural supplement similar to kratom. In fact, both come from the same ethnobotanical family, which also includes coffee! If kratom isn’t quite your cup of tea, some believe that mitragyna hirsuta powder acts as an adequate kratom alternative. However, it can be difficult to find meaningful information about this product and its alkaloid, mitraphylline.

Where Does Mitragyna Hirsuta Originate?

As you may already know, kratom – known scientifically as mitragyna speciosa – derives from Southeast Asia. It’s reasonable to assume that plants in the same ethnobotanical family originate from similar climates.

Mitragyna hirsuta is native to the jungles of Cambodia, Malaysia, Thailand, and Vietnam. It’s especially popular in Thailand because kratom products are illegal. Locals refer to mitragyna hirsuta powder and other products by the name “kra thum khok.”

The leaves of the mitragyna hirsuta tree are small, light green, and have well-defined veins running through them.

What Are the Effects of Mitragyna Hirsuta?

As with any potential kratom alternatives, you’d expect mitragyna hirsuta to carry some of the same effects when ingested. However, anecdotal user reports (which are NOT based on scientific analysis) often state that the effects of mitragyna hirsuta powder are weaker than kratom powder.

Remember: there have not been any clinical trials into mitragyna hirsuta use. Supplements, whether natural or synthetic, tend to affect everyone differently. We are all unique! You may not experience the same benefits and side effects reported by other users. Always approach new ethnobotanicals with caution and start slow!

Mitraphylline is the primary alkaloid responsible for mitragyna hirsuta’s potential benefits. Interestingly enough, this alkaloid is found in kratom leaves and another unique ethnobotanical: Uncaria tomentosa, also known as “cat’s claw” because of its viney, claw-like shape.

Cat’s claw, including the alkaloid mitraphylline, has been linked to potential benefits for those suffering from rheumatoid arthritis. In one 2002 study, rheumatoid arthritis patients taking mitraphylline extracts reported a reduction in the number of painful joints compared to the placebo group. However, a different 2002 report indicated that the anti-inflammatory and antioxidant effects of cat’s claw were “independent of their alkaloid content.”

So does mitraphylline offer anti-inflammatory and antioxidant benefits to users? The consensus is unclear. Users seem to experience pain-relieving benefits, but there are not many reports of anti-inflammatory benefits. Plus, both of these 2002 studies used the mitraphylline extracted from cat’s claw, not from mitragyna hirsuta. More research is needed to validate the effects of the alkaloid mitraphylline.

How to Use Mitragyna Hirsuta

Is Mitragyna Hirsuta Legal in the US? Worldwide?

This potential kratom alternative is legal nationwide. As you might have heard, some states and individual cities have banned kratom products. Whether or not you agree with these bans is neither here nor there. However, mitragyna hirsuta is generally considered safe to use. In the United States, it is legal to buy, possess, use, and sell mitragyna hirsuta and products like mitragyna hirsuta powder.

Furthermore, as far as we can tell, there are no worldwide laws regarding mitragyna hirsuta. As we mentioned earlier, this ethnobotanical supplement is extremely popular in Thailand, where kratom bans took effect in the 1940s.

And now that we know the similarities between the two, what are the differences between mitragyna hirsuta and kratom products?

Mitragyna Hirsuta in Conclusion: Why Should You Care?

So should you try mitragyna hirsuta? We believe that anecdotal reports offer a positive outlook on this ethnobotanical supplement. However, remember that anecdotal reports are not rooted in fact, but rather in user experience. You may not have the same experience as other users. If you decide to try mitragyna hirsuta powder as an alternative to kratom powder, we suggest you take it slow. Dosages may differ between the two, and you won’t know how your body will react until after ingestion.

All in all, based on our research, we believe that mitragyna hirsuta is generally considered safe to use. That said, continued research is necessary to fully understand the benefits of mitragyna hirsuta. Until then, we’ll continue to advocate for what’s best for our health and wellness. We believe in the power of kratom. Why not kratom’s cousin, too?

Have you heard of the Kratom Watchdog app? Kratom Watchdog is a kratom social network built from the ground up by one of the founding member of the non-profit American Kratom Association (AKA). A booming social community with a focus on kratom advocacy. Kratom Watchdog is the oldest kratom social media platform online. With over 400 videos and over 200,000 photo’s from our own kratom Nursery. And 7,000 members we have a very strong growers community that are always willing to help. Kratom Watchdog is available on Android, IOS, and at kratomwatchdog.com. We are a small self funded development studio. If you would like to donate to the development of the platform we would appreciate it. Thank you for your continued support.

Each fresh Mitragyna Hirsuta leaf is equal to around .8 or 1.2g of dried leaf. Each leaf is picked to ship, for freshness we recommend you select 2-day shipping. Your leaf will keep for around eight days in the fridge or 3 – 4 days at room temperature in a sealed bag. It can be air-dried to preserve the leaf at which point it can be stored like your typical Kratom leaf or powder. 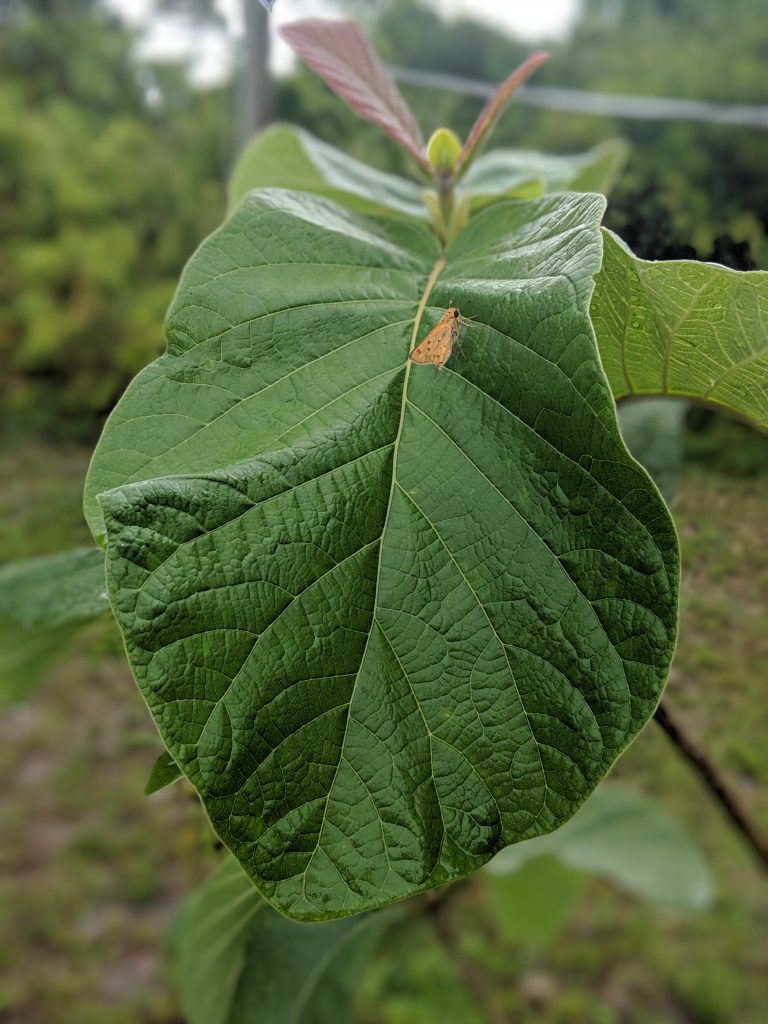 What is Mitragyna Hirsuta?

Mitragyna Hirsuta comes from the same genus and family as Mitragyna Speciosa (Kratom plant). It is a popular kratom alternative because it shares similar properties. The leaves are green with a lighter green white vein that runs through them. They tend to be smaller than Mitragyna Speciosa leaves, and have a street name of “kra thum khok”.

The Mitragyna Hirsuta plant is native to the jungles of Thailand, Vietnam, Cambodia, and Malaysia. Kratom became illegal in 1943 in Thailand and Mitragyna Hirsuta became very popular in this area as an alternative.

Just like kratom, traditional forms of use included chewing the leaf. This was widely done throughout the Southeast Asia culture and is not a prevalent form in the Western World because the plants do not naturally grow here and it is hard to gain access to the actual leaves. They are typically crushed into a powder and sold on the market.

Mitragyna hirsuta powder is a very popular alternative to the kratom plant. It is not offered in a lot of local stores but can be sourced through an online vendor.

M Speciosa (kratom) has a robust alkaloid content. The high concentrations of mitragynine are what make kratom well known. These alkaloids are known to work with the receptors in the brain. M Hirsuta on the other hand does not contain mitragynine or the other active indole alkaloid that makes kratom well-known, 7-hydroxymitragynine.

Mitragyna Hirsuta is rich in a different alkaloid known as mitraphylline. However, the overall mechanism of this alkaloid is the same as kratom. There is not a lot of scientific research surrounding either herb, which only provides anecdotal experiences to be searched.

What are Mitragyna Hirsuta’s Key Alkaloids

We did touch on this above but let’s take a deeper look at the indole alkaloid profile for Mitragyna Hirsuta. This ancient herb, just like kratom, is known for its key alkaloids and the overall balance that they offer.

However, the two key alkaloids in kratom which tend to be ban by many areas across the globe are Mitragynine and 7-hydroxymitragynine. Both of these alkaloids are not present in Mitragyna Hirsuta, which makes this herb much more accessible in the United States.

M Hirsuta contains mitraphylline, which binds to the same mu-opioid receptors in the brain as mitragynine. This alkaloid is also present in kratom and Cat’s Claw (Uncaria Tomentosa). Another alkaloid that was recently discovered in Mitragyna Hirsuta is Isomitraphyllinol.

What are Mitragyna Hirsuta’s Key Alkaloids

The alkaloids in Mitragyna hirsuta are the active compounds that give the herb its effects. Fortunately, Mitragyna hirsuta is free of two of the top “controlled” substances present in kratom: Mitragynine and 7-hydroxymitragynine. This makes the herb much more accessible to consumers in the Western world.

Instead, this herb contains an alkaloid called mitraphylline that binds to the same mu-opioid receptors in the brain as mitragynine and is also present in kratom (Mitragyna speciosa) and cat’s claw (Uncaria tomentosa). Another oxindole alkaloid in the herb has been discovered recently that is called isomitraphyllinol, although the effects of this alkaloid are not currently understood and require further study.

The products sold by CincoTech LLC DBA KratomLeaf are not intended for sale or use by persons under the age of 21. Kratom and any statements made on this site have not been evaluated or approved by the Food and Drug Administration (FDA). The products sold by CincoTech LLC are not meant to diagnose, treat, cure or prevent any disease or health condition. Please consult your health care professional before using any of our products. Cincotech LLC
18117 Biscayne Blvd
Suite #2487
Miami, FL 33160
“Our products are not for use by or sell to persons under the age of 21. We do not ship to the following areas where kratom is banned: ALABAMA, ARKANSAS, INDIANA, RHODE ISLAND,TENNESSEE, VERMONT, WISCONSIN. SARASOTA COUNTY, UNION COUNTY, MALHEUR COUNTY,DENVER CO, SAN DIEGO CA, CITY OF OCEANSIDE CA, JERSEYVILLE IL,ALTON IL, AND COLUMBUS MS. Furthermore, Kratom is also banned in following countries where shipment is not permitted: AUSTRALIA, BURMA, DENMARK, FINLAND, ISRAEL,LITHUANIA, MALAYSIA, MYANMAR, POLAND, ROMANIA, SOUTH KOREA, SWEDEN,THAILAND, UNITED KINGDOM, and VIETNAM”  https://getwaave.ac-page.com/things-you-need-to-know-about-waave

We need your help. American Grown Kratom is under attack. Dismiss